Skip to Main Content
It looks like you're using Internet Explorer 11 or older. This website works best with modern browsers such as the latest versions of Chrome, Firefox, Safari, and Edge. If you continue with this browser, you may see unexpected results.

The History EE is NOT a descriptive/narrative report on a topic but a focused investigation of a DEBATABLE historical question which lends itself to the development of a reasoned argument. Focus on the IB key concepts: causation, consequences, significance, perspectives, change, or continuity.

This guide lists sources to help find a topic with claims AND counterclaims.

The three main focuses of study tend to be focused on:

There are a couple of formulas to write your research question that you can follow:

The following table could help you get started.

In-depth Help for Researching and Writing in History

You can use the term "historiography" in your search but be aware that that is more likely to guide you to collections of essays (which can be helpful initially!)

Try searching your subject along with a description of the "lens" for which you are looking. For example: cultural history, economic history, military history, political history or other terms that highlight key issues or a political philosophy: gender, social aspects, Marxist, feminist, etc.

History in dispute from Jennifer Gaither

The Taking Sides Collection includes controversial issues in a debate-style format. The book contains questions about the past and with answers supplied by good historians advancing an interpretation.  For each controversy, students read edited versions of historians' articles, e.g., William McLoughlin and Jon Butler on the pros and cons of the Great Awakening as a cause or pre-condition of the American Revolution, or James McPherson and Vincent Harding on "who freed the slaves?" The editors provide a brief introduction to each issue that summarizes the essayists' positions. They also offer a postscript that points to other interpretations of the issue in debate and suggests further reading. 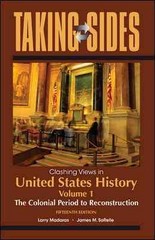 The series offers basic historical background on these significant events in modern world history, presenting the issues and controversies surrounding the events, and providing first-person narratives from people whose lives were altered by the events, either directly or indirectly. 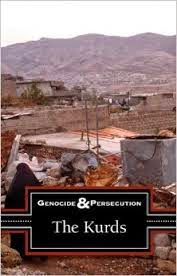 This series provides multiple views of momentous events in recent history; each book helps readers develop critical thinking skills, increase global awareness, and enhance their understanding of international perspectives about historic events.; ; Using primary and secondary sources, each volume provides background information on a significant event in modern world history, presents the controversies surrounding the event, and offers first-person narratives from people who lived through or were impacted by the event. All volumes in the series include an annotated table of contents, a world map, a chronology, a glossary of key terms, a bibliography, and a subject index.